In 1974, when Roman Polanski's brilliant Chinatown came out, greed was a sleazy affair. Even in 1984, when David Mamet won the Pulitzer Prize for Glengarry Glen Ross, our protagonists still had a sordid air and an awareness that they transgressed. But by 1987's Wall Street, with Ronald Reagan well into his second term, Oliver Stone does not mince the words he gives to Gordon Gekko to describe the prevailing zeitgeist: "Greed is good."

Martin Scorsese's 1995 Casino, based on Nicholas Pileggi's reporting, is about THE place that is about greed, so that one was no surprise except perhaps in its sheer scope. By 2010, executives who have lived by greed's code have the rug pulled out from under them in John Wells's The Company Men. Stephen Holden notes that "As depicted in the film the modern corporation is a sterile Darwinian shark tank in which the only thing that matters is the bottom line. The old days of corporate beneficence and loyalty to longtime employees are long gone."

On the heals of downsizing the company men, we get a telling of the crash in 2011's Margin Call in which C.J. Chandor repeatedly emphasizes that no one at the top understands the Byzantine arcane financial instruments Wall Street wonks have created, and just as it played out in real life, everyone makes sure not to be held accountable. The film even manages to elicit sympathy from us, whereas we have more contempt for Richard Gere's Robert Miller in Nicholas Jarecki's 2012 Arbitrage. Miller sells his company for 500 million having cooked the books to hide the 412 million that's gone missing. James Mayfield (Graydon Carter) is told of the deception moments after he's signed the agreement and Miller has taken his leave. Mayfield smiles wryly and shrugs. It doesn't matter. He's awash in so much money, the missing sum is a mere trifle. In her New York Times review of the film, Mahola Dargis concludes, "These days, it seems, the illegal manipulation of hundreds of millions of dollars simply isn't enough to incite moral outrage."

Greed played a very big role on 2013's movie bill. Discussed elsewhere: Michael Bays's Pain and Gain in Biopics, a chronicle of the true story of the bumbling gym-rat trio who kidnapped Victor Kershaw and proceeded to turn the metaphor of behaving "like a kid in a candy store" into a literal pig-out; Woody Allen's Blue Jasmine in Women's World, a character examination of a divorcee scheming to live in the manner to which she has become accustomed; and David O. Russell's American Hustle loosely based on Abscam and Martin Scorsese's The Wolf of Wall Street about crooked banker Jordan Belfort, who, literalizing other metaphors, is "rolling in dough" and "has money to burn."

In Steven Soderbergh's Side Effects, a tight, shrewd pharma-caper, we are introduced to an anti-depressant, Ablixa, through an ad narrated by one of those smooth, mellow, mesmerizing voices whose tone is designed to reassure while the actual words describe horrible consequences... sometimes including death. I as well as many people I know have commented on the absurdity of these ads, and it is not lost on Soderbergh. Emily (Rooney Mara) suffers from depression; her husband (Channing Tatum) is recently released from prison after serving time for insider trading. Dr. Jonathan Banks (Jude Law) is treating her; he has also taken on a consultancy with Ablixa's pharmaceutical company. When he suspects Ablixa may have played a role in a scandalous incident, he seeks out Emily's previous therapist (Catherine Zeta-Jones). Each subsequent meeting increases his suspicions as he attempts to follow the money.
NYT Critics' Pick 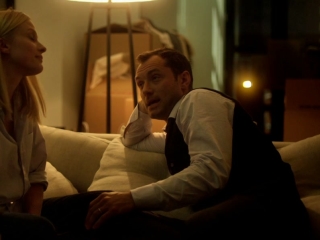 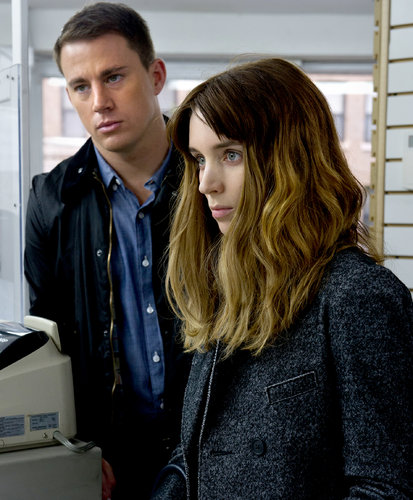 Gary Oldman is such a good actor. There is a scene in Robert Luketic's Paranoia when high-tech company titans who were once partners, Nic Wyatt (Oldman) and Jock Goddard (Harrison Ford), face off. It is not a closeup when the camera pans to Oldman and we see his temple throbbing. In this double cross, Wyatt reels in a young and hungry Adam Cassidy (Liam Hemsworth) to tailor into a slick corporate player who is to worm his way into Goddard's top ranks as Wyatt's spy. The problem is that in the tug-of-war between the two tech giants, Adam is not a worm in his heart of hearts, nor is Helmsworth enough of an actor to stand up to his formidable co-stars. The film is based on the 2004 novel by Joseph Finder. 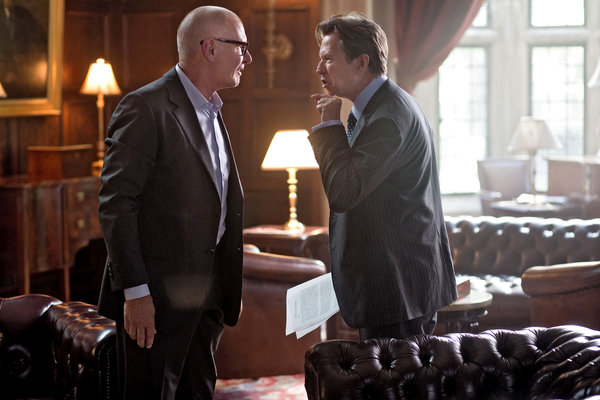 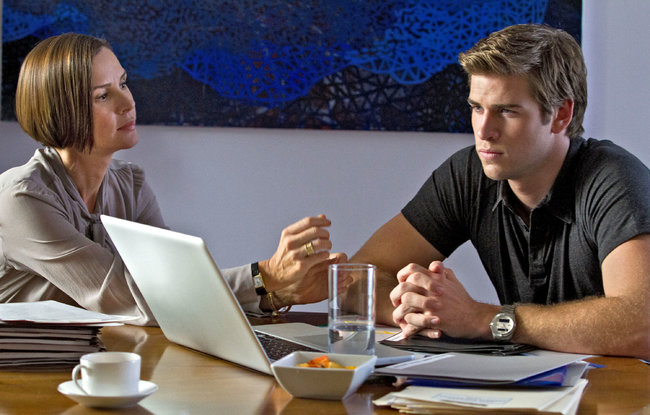 I have not read Pakistani-born writer Mohsin Hamid's novel The Reluctant Fundamentalist, but according to Manohla Dargis, it is a far more subtle and challenging narrative than Mira Nair's film makes of it. Nair's Changez is a Princeton graduate who has achieved the moneyed American Dream as a capital venture firm whiz. After 9/11, he is profiled by authorities, which eventually leads him to return to Pakistan where he is pursued by an American journalist wire-taped by the CIA. Dargis contends that "by literalizing the idea of American military aggression and all that it implies Ms. Nair doesn’t just invest Mr. Hamid’s story with Hollywood-style beats, she also completely drains it of ambiguity." In my experience, with few exceptions (Stanley Kubrick's Lolita, Hal Ashby's Being There, even Ken Russell's Women in Love) original novels are superior to the films made from them. However, having not read the novel, I did not find the film stripped of ambiguity, and felt that its ambiguous nature was one of its strengths. A very keen observation that Dargis does make is that Changez is "a narrative conceit in a novel that puts different fundamentalisms [American "conquering" capitalist fundamentalism v. terrorist Islamic fundamentalism] into dialectical play."
Fred Kaplan on Mira Nair for the New York Times 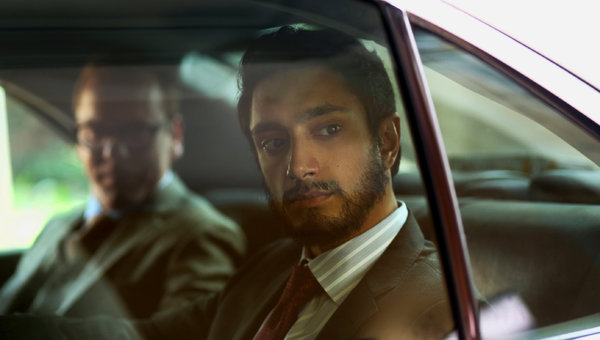 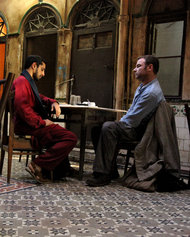 Hollywood came up against a problem in the late '80s with the end of the Cold War, which had provided an excellent narrative scapegoat for decades with the Red Scare. At first, screenwriters turned to the IRA and the The Troubles. Now our scapegoats of choice are Islamic extremists and NSA-style surveillance. John Crowley makes a nice concoction of the two in Closed Circuit, a tight, slick legal thriller. Two British lawyers have been hand picked to defend a Turkish immigrant. They do not admit their conflict of interest: they are past lovers. Not having disclosed this fact, the powers that be believe, makes any case they might build vulnerable. And just to be sure, there is a sophisticated infrastructure of cameras crisscrossing the London landscape to further complicate their cause. Here it is the government machine that must protect its greed for power against two attorneys fighting the good fight. 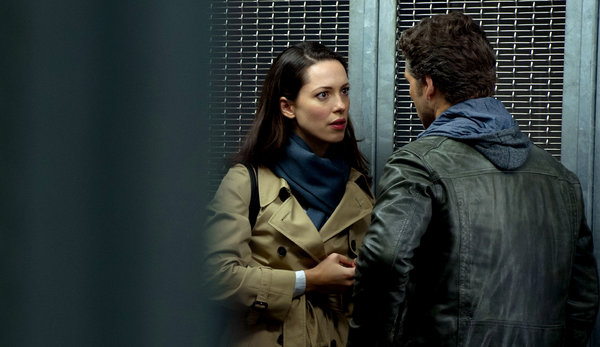 "Of all evil I deem you capable: Therefore I want good from you. Verily, I have often laughed at the weaklings who thought themselves good because they had no claws." ~~Friedrich Nietzsche
Technically and structurally, Denis Villeneuve's Prisoners is a fine tuned thriller about that most feared possibility -- the abduction of a child by a sadistic psychopath. The day is winding down  for neighbors sharing Thanksgiving when they realize their young daughters have not come in from outdoors. A call to 911 brings Detective Loki, realized in an excellent performance from Jake Gyllenhaal, who doggedly pursues the case while dealing with two couples who are a study in contrasts. Keller Dover (Hugh Jackman) is a man's man, a hunter and survivalist whose gut instinct is to take things into his own hands while his wife Grace (Maria Bello) sinks into passive despair. Franklin Birch (Terrence Howard) is a reasonable man who is inclined to defer to the law, but he is also vulnerable to Dover's persuasion. His wife Nancy (Viola Davis) functions as the moral center of the quartet, though by the time she knows what is going on the situation has devolved into tragedy as the developmentally challenged young man (Paul Dano) suspected of the crime is held hostage by the vigilante Dover. The plot unravels a number of mysteries that seem as though they will refuse to coalesce, adding not only to the suspense but to the feeling of the paralysis of grief and desolation. (The cast also features Melissa Leo.) 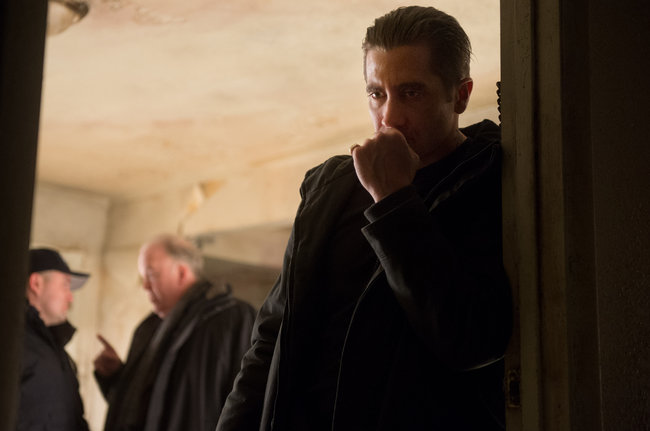 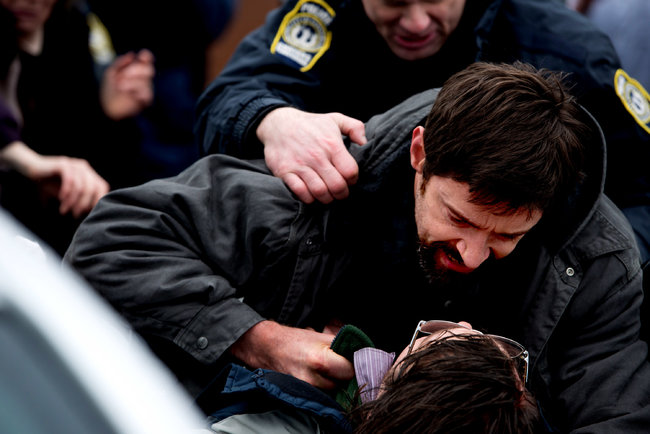 Brad Furman's Runner Runner involves another young and hungry protagonist. An online poker ace (Justin Timberlake) bets everything to make his Princeton tuition... and gets played. The site is owned by a gambling mogul (Ben Affleck) headquartered in Costa Rica, so the earnest kid wrongheadedly hops a flight to confront him. The mogul recruits him with promises of six figures a week, and the rest is pretty predictable.