I saw an interview with Matthew McConaughey in late 2010/early 2011 before Lincoln Lawyer premiered in which he explained that he had made a conscious career decision to take only interesting, challenging roles as opposed to the eye candy stuff he previously had been type cast into, and true to his word he has been. That eponymous role, the surprise turn in Bernie and the Southern Gothic psychopath in Killer Joe led into 2012 with the male stripper in Magic Mike, a movie that would not be worth watching without his compelling presence. McConaughey works magic again in his short turn in Martin Scorcese's The Wolf of Wall Street, a scene in which his charisma onscreen so overpowers Leonardo DiCaprio's presence that one wonders, as one always does when Scorsese casts DiCaprio as his lead, "Marty, what on earth were you thinking??!!??"


Like Lee Daniels's The Paperboy, in which McConaughey plays a reporter coaxed into investigating a death row inmate (John Cusack) by a steamy sex pot (Nicole Kidman) who claims he's innocent, Jeff Nichols's Mud is a Bildungsroman where McConaughey's character is the catalyst. And like The Paperboy, it is a Southern Gothic, noir mood piece, but what Daniels's piece lacks in subtlety -- dripping with sweat and sex -- Nichols's film makes up for with its sensitive telling of the fall that the two young boys who discover the loner Mud will inevitably experience. McConaughey's Mud reveals much through his silences and young Tye Sheridan and Jacob Lofland are worthy co-stars.
NYT Critics' Pick
(Again, I ask: What is it with the completely, absurdly inappropriate music as the credits roll so that the entire mood of the film can be destroyed before we exit the theater?) 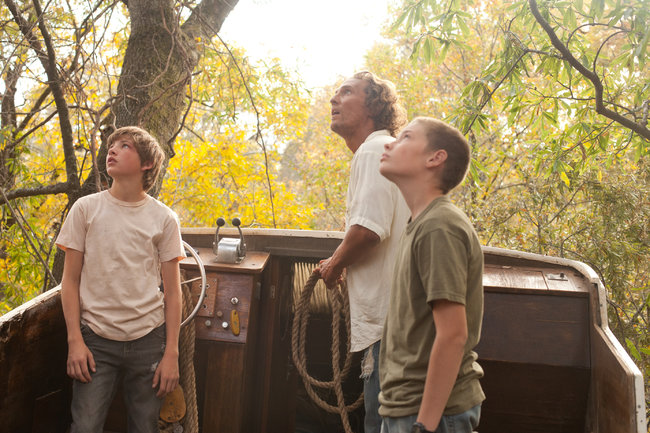 For some reason I do not understand, the voice-over in the TV trailer for Dallas Buyers Club proclaims, "A crowd pleaser not to be missed." It had the unfortunate result of causing a sizable segment of my audience to feel compelled to force laughs at inappropriate moments. The film does not set out to be a "crowd pleaser." In the first place it is about a roughneck who makes his living as an electrician out on oil rigs, hustles bets for bull rides, and screws any piece of ass in short-shorts. He's also a bigot who learns he has AIDS during the height of the epidemic in the U.S. How director Jean-Marc Vallée manages to turn such subject matter into a lyrical meditation on the ways in which the knowledge of impending mortality has the potential to fundamentally change us has everything to do with stellar performances. Matthew McConaughey and Jared Leto not only shed most of their body weight to inhabit the ravages of the disease, they give the irascible trailer trash Ronald Woodroof and the street-smart transsexual Rayon memorable expression on the screen.

McConaughey gives Woodroof the mien of a man whose straddling gate has been buckled by life in the oil fields and on the bulls. Leto instills Rayon with a demeanor both sassy and generous. They imbue their very different characters with panic, pathos and strength of purpose by turns. The whole cast is exceptional -- Steve Zahn, Dallas Roberts, Griffin Dunne, Dennis O'Hare, Jennifer Garner -- but the two performances at its center are noteworthy.

I think it is unfair to quarrel with the film, as some critics have, on the grounds that it fails to portray Woodroof's story in the context of efforts in the larger AIDS community. It is one man's story, and a loner's at that. It makes no claim to be a chronicle of the entire AIDS medical advocacy movement -- admittedly vast and waged by victims themselves, and important for having had positive consequences for experimental treatments of other diseases as well. Take Dallas Buyers Club on its own terms -- as a work of art rather than agitprop -- and admire the actors for their dramatic achievements, especially McConaughey, who charts an arc of transformation in a man who, as he is diminished by disease, ripens in spirit. 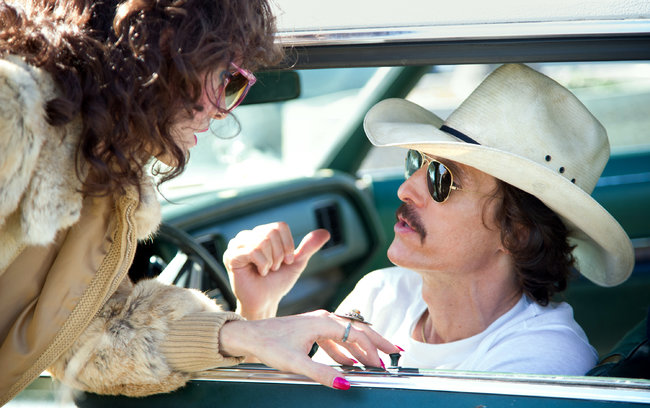 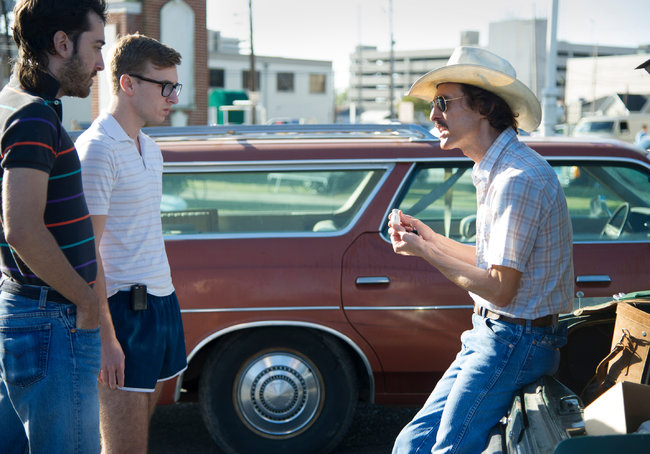