As the time neared for the opening of 42, the story of Jackie Robinson and Branch Rickey, I worried that it would miss the mark, be hijacked by excessive sentimentality, and/or that the narrative would be flat-footed and subvert the underlying mythic proportions of the historical moment and those who peopled it. I needn't have worried one whit. The actors, the writer and director Brian Helgeland, the cinematographer, et al. -- everyone gives 200%, and the result is a fitting tribute to an American icon.
(My long time friend Jerry Holt wrote a fabulous one-man play, Rickey, that premiered at the Vern Riffe Center in Portsmouth, Ohio. I was fortunate to see it at the Baseball Hall-of-Fame in Cooperstown, New York. It has been performed, with Geoff Nelson playing Rickey, in venues across the U.S., including Atlanta; St. Louis; Bexley, Delaware; Columbus, Ohio; and Brooklyn's Long Island University.)

At the start of The Sapphires (2012), text explains that Aboriginal people were classified as “flora or fauna” until 1967 when Australia finally re-classified them as citizens. Children were routinely taken from their families and placed in institutions or raised by white families, as has happened to the fourth Sapphire in the quartet. The story is based on the experiences of Beverley Briggs, whose son Tony and his co-author Keith Thompson wrote the screenplay. I will go to pretty much any movie about music, and this one is filled with brio and infectious charm. In fact almost every reviewer utilizes some form of the word "charm" to describe the story of the 1960s female group discovered and managed by Dave Lovelace (an ever delightful Chris O'Dowd), who shepherds the teens and their repertoire away from country to soul, and away from Australia to a gig in Vietnam. Along the way they learn about themselves and become young women. 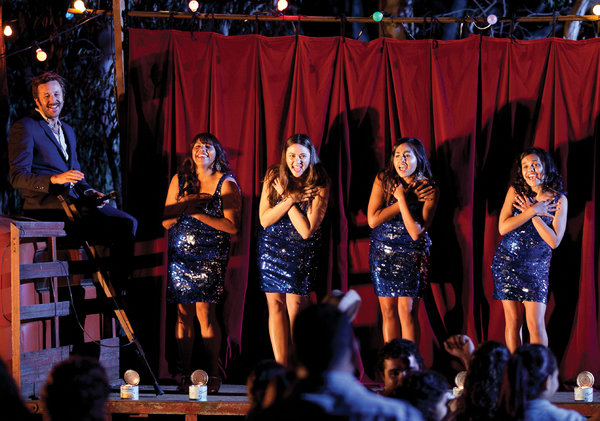 Ariel Vromen directed and co-wrote with Morgan Land The Iceman, which is based on the novel The Iceman: The True Story of a Cold-Blooded Killer by Anthony Bruno that is based on the real-life Richard Kuklinski, a veritable killing machine from the 1960s into the 1980s. Michael Shannon sinks his teeth into Kuklinski who is at once a fiercely loving family man, whose wife believes he is raking in money with a Wall Street job, and hit man who clearly relishes his job for crime boss Roy DeMeo. Even when the action does not involve psychopathic violence, the film seethes with a suppressed animal rage that Shannon sustains with frightening credibility and authority. In fact, every actor in the film does impressive work that keeps you riveted to the screen.
NYT Critics' Pick 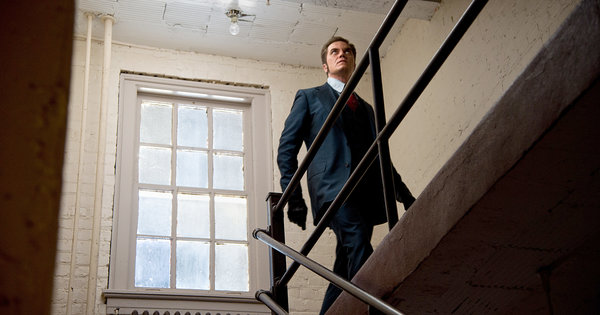 Had I had known that Rob Epstein and Jeffrey Friedman, who jointly directed Howl with a barely recognizable James Franco inhabiting the persona of Allen Ginsburg, also directed Lovelace, I would not have embarked with such low expectations. To my surprise, it is a worthwhile, if sometimes difficult to watch, film. I live in San Antonio, Texas, where State Senator Leticia Van de Putte has championed several bills to change laws against prostitution to laws against sex trafficking and to set up a task force to carry them out. Amanda Seyfried gives a generous performance as Linda Boreman and Peter Saragaard is excellent as her brutally abusive husband/pimp. Sharon Stone is unrecognizable as Linda's suppressed, angry mother, and Chris Noth, Hank Azaria and Bobby Cannavale play the '70s coifed producers who released the notorious Deep Throat. After the publication of her book Ordeal, a TV interviewer insists Linda is being less than truthful in her claim to have changed. Linda, now-Marchiano with a husband and child, asks the skeptic why she should be judged on the basis of the two weeks in her life that involved the shoot. Because the set dressing and costumes are so accurately done, the only down side to the film is having to so thoroughly re-live that '70s aesthetic. 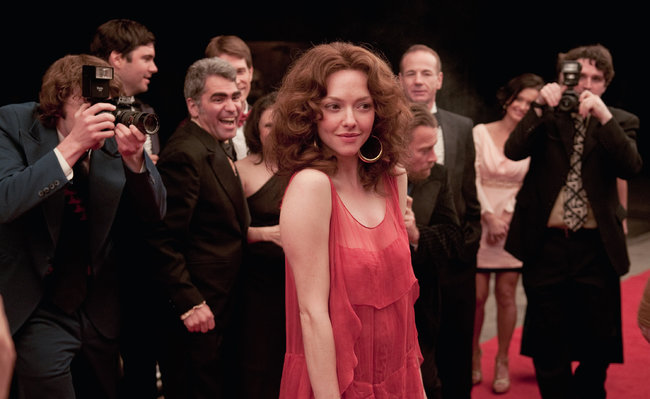 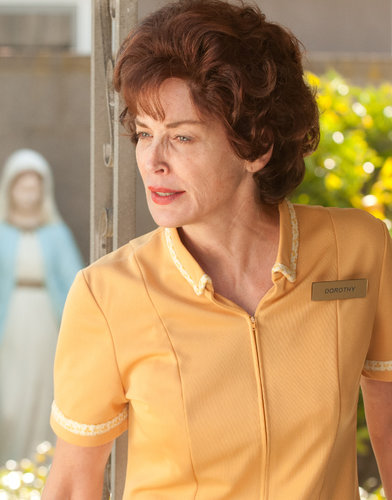 I have seen no feature films with Ashton Kutcher, and though I've heard of the TV shows, have never watched That '70s Show or Two and a Half Men nor have I ever heard of Robot Chicken until just now looking the actor up on IMDB. Consequently, I had no preconceptions going in to Jobs. Kutcher certainly masters the physical look, but gives a somewhat one-dimensional performance, which, reviewers who know more about Steve Jobs's biography than I do attribute to the director Joshua Michael Stern and the writer Matt Whiteley. Josh Gad, on the other hand, delivers a believable and nuanced performance as Steve Wozniak. 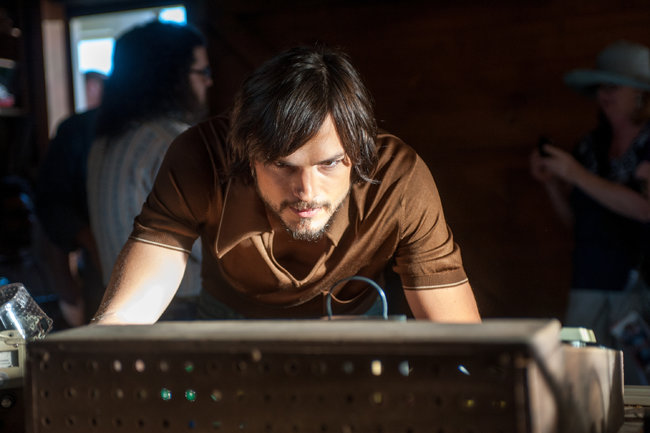 The Grandmaster came to San Antonio suddenly and disappeared just as fast. I knew nothing about it, and almost didn't go, since martial arts movies are not my thing, but, man, am I glad I did. First of all, it is not fiction but a bio-pic about Ip Man, the Chinese martial arts master who kept alive the art of wing chun ("beautiful spring"), a form of kung fu, through the Japanese occupation, World War II and the Communist Revolution, and was Bruce Lee's mentor. Second, the film is gorgeous throughout, and the opening sequence is a masterful, mesmerizing, choreography of violence in a downpour of rain in which Tony Leung's Ip Man dominates with meditative ease. Third, what truly elevates the film is that its subject is not really martial arts so much as it is a reverie about what it means to live life and to love as an artist and an inner looking human being. I was not familiar with Hong Kong director Wong Kar-wai's oeuvre, but I will be seeking out more films by this grand master.
NYT Critics' Pick 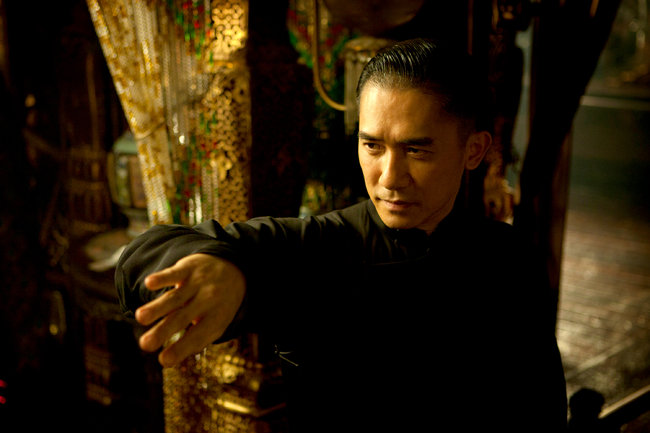 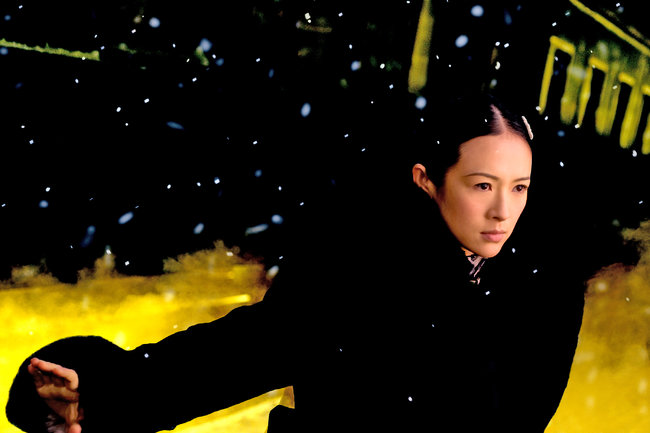 Like The Grandmaster, Ron Howard's Rush has motor racing as its subject, but it is really about relationships between people, in this case the great rivalry between James Hunt and Niki Lauda. By the time I became involved in Formula One in 1981, these names were legend. Howard takes us behind the headlines to a study in opposites -- Hunt, the self-destructive playboy who races for the thrill and the celebrity; Lauda, the disciplined driver who is as skilled as an engineer as he is behind the wheel. Chris Hemsworth as Hunt and Daniel Brühl as Lauda are excellently cast, as are the women in their lives, played by Olivia Wilde and Alexandra Maria Lara. If I have one little quarrel with the film, it is that with such spectacular venues as Watkins Glen, Nürburgring, Monza, Howard misses opportunities for beautiful sweeping landscapes, but that is quibbling.
NYT Critics' Pick 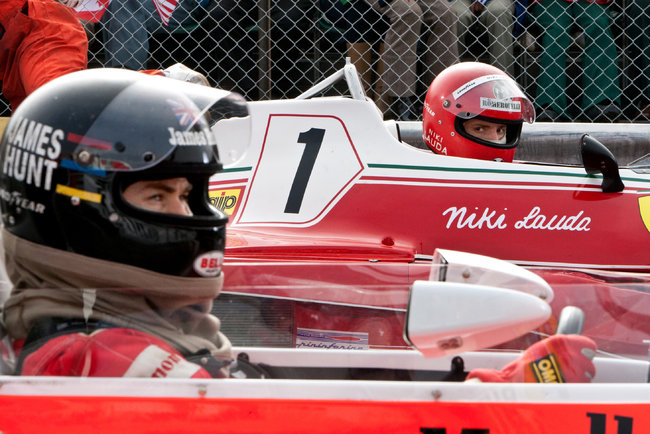 John Lee Hancock's Saving Mr. Banks is an odd movie. It is made by Disney, Walt is himself a character, and surely it was meant to be a self-promotional vehicle. The narrative structure introduces a determined Walt Disney earnestly trying to cajole P. L. Travers (Emma Thompson) into signing over the rights to her book Mary Poppins for what would become the now classic movie musical. That tug-of-war informs half of the film's narrative. The other half is provided in alternating flashbacks, the story of an Australian family reduced to a hardscrabble life by the father's acute alcoholism. P. L. Travers, it turns out, was Helen "Ginty" Goff, the daughter of Travers Goff (Colin Farrell). This back story holds promise but is played out with excessive sentiment from both narrative and cinematic points of view. Furthermore, introducing Ginty's childhood relationship to her father as the cause of a conflicted psychology that Mrs. Travers brings to her material and its realization in the Disney studio's hands ends up making the movie seem like an intensive two-hour gestalt therapy session. Finally, we can only imagine how superior Disney's Mary Poppins would have been had more of Mrs. Travers's demands been heeded, which undercuts Disney's aim at self-promotion. 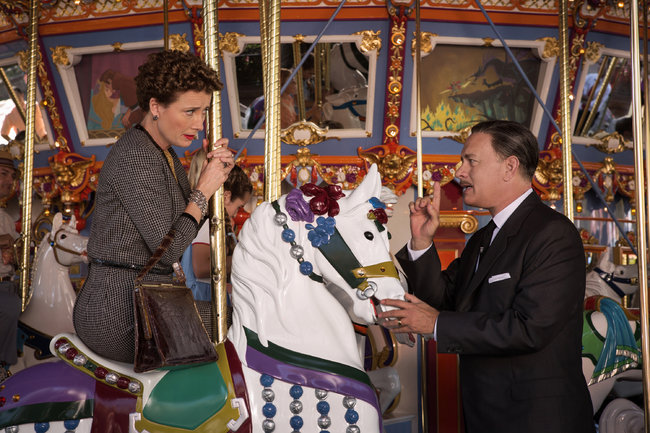 Idris Elba is magisterial as Nelson Mandela in Justin Chadwick's Mandela: Long Walk to Freedom. Naomie Harris more than rises to the challenge of playing opposite Elba as Winnie. The film follows Mandela from his ritual initiation into manhood in his Xhosa village through to his election as South Africa's prime minister, and as Stephen Holden observes, "Mr. Elba’s towering performance lends Long Walk to Freedom a Shakespearean breadth." The film is also deeply humbling. Much as I thought I knew about apartheid, after watching this film, I am shamed to have to admit that I can claim only to have had a vague awareness of it and its atrocities. That a Dutch Reformed Church cleric could successfully campaign on a policy of apartheid is a scathing commentary on religion. That the rest of the globe allowed the Herenigde Nasionale Party (Reunited National Party) to impose such an inhumane and violently brutal regime for almost half a century is execrable. That the Party's criminality was only redressed as recently as 1994 is unfathomable. That Mandela's African National Congress party now stands accused of corruption and black South Africans are burdened with 26 percent unemployment make the assurance of Mandela's legacy tenuous and is cause for us to remember Mandela's sacrifice and work to preserve his legacy in South Africa, and advance it across the globe.
NYT Critics' Pick 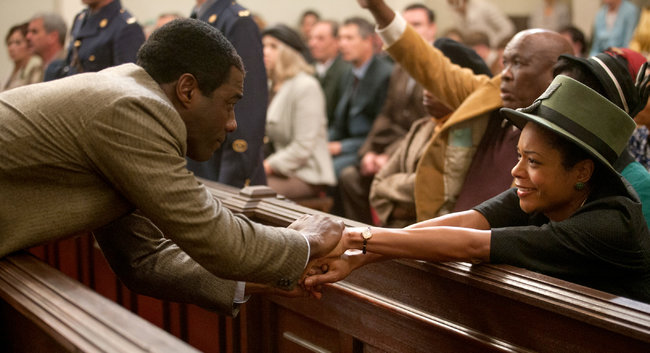