This is something of an intro to the next 2012 entry on Relationship Movies, movies about romantic entanglements, family relationships, friendships, and various other permutations of our lives together. The man-child character is a particularly persistent type in American movies and TV that figures into those relationships, and one to which Jay and Mark Duplass contributed considerably this year. Each of these movies revolves around a core trio of characters who ultimately learn something about their need for each other.


Jay and Mark Duplass wrote and directed Jeff Who Lives at Home. Jason Segel’s Jeff is a 30-year-old slacker who, well, still lives at home and has nothing better to do than obsess over M. Night Shyamalan’s movie Signs. He longs to find some deeper meaning behind quotidian events. His brother (Ed Helms) is the “practical” one, but his marriage is falling apart and he's smack in the midst of mid-life crisis. Jeff’s mother (Susan Sarandon) has one of those ball-and-chained-to-the-desk jobs and can't suppress her concern over a son who just won't grow up. I wanted more out of this movie by way of insight into human longing – a longing for something greater than ourselves, certainly something deeper than what passes for “success” in latter-day suburbia. Nevertheless, I give the filmmakers credit for making a stab at going there. Most movies don’t even try. (A. O. Scott's NYT review) 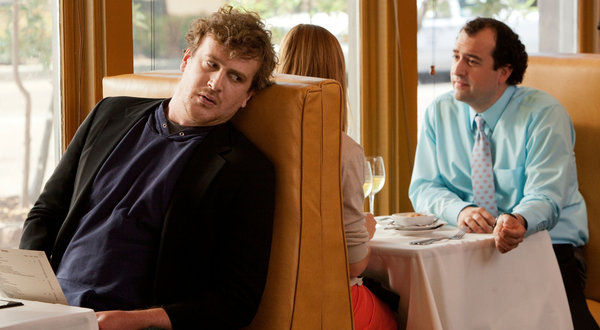 Safety Not Guaranteed, directed by Colin Treverrow, brings a little sci-fi into the Duplass mix. Mark Duplass plays a man -- again obsessed, this time with creating a time machine -- who is convinced that the FBI know what he is doing and is out to disappear him. He places an ad seeking a time-travel companion that catches the eye of a Seattle alternative newspaper editor who sets out with an intern to investigate. (Stephen Holden’s review provides a road map of the story’s genesis.) Safety not guaranteed, it turns out, is as true of life and love as it is of time travel. The film is more successful than Jeff in getting to the pith of what our human longing needs, which is essentially, each other.

Your Sister’s Sister, directed by Lynn Shelton, co-stars Mark Duplass as Jack who gets romantically caught between two sisters on an island off Washington’s Pacific coast. Of the three movies, I liked this one the least. The characters are nice, but a bit too self-indulgent, and I found the plot, especially the final twist, a little much for even my very easily suspended disbelief. (A. O. Scott's NYT review notes that Lynn Shelton directed the 2009 Humpday, which he describes as an "impish, heartfelt romp." I could not stand Humpday, and said so in my 2009 reviews. See below.*) 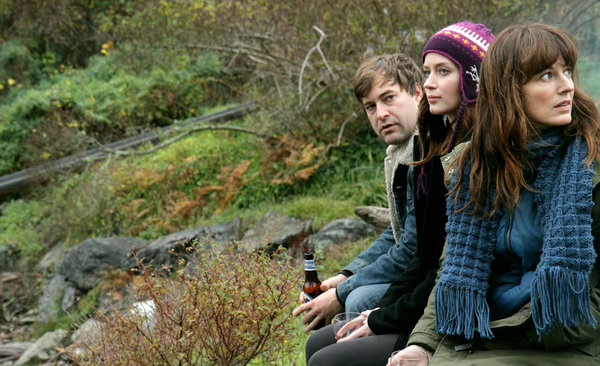 *Humpday CAUTION: SPOILER
Two straight guys, high on booze and pot, get rooked into agreeing to film themselves having sex with each other for an experimental film festival. Despite sober reconsideration, they decide this will be the “ultimate art project.” Pseudo-intellectual conversations ensue. They rent a motel room and keep their date, but all that transpires is more babble trotted out as philosophical dialectic purportedly about profound issues of gender – in one of the talkiest, most self-absorbed movies about absolutely nothing ever made. In all fairness to critical opinion, Stephen Holden, in the NYT, says Lynn Shelton’s film is an “unblinking observation of a friendship put to the test…amused, …kindhearted, and unfailingly truthful” – so what do I know?