Unless one lives in New York or LA, it is often a long wait for most foreign films, if one is lucky enough to have the chance to see them at all, and that is lamentable. There are remarkable films being made around the globe, and they have much to teach us. We would all be better off were we to crawl out from under our cultural xenophobia, and come out to see the rest of the world. These 2011 foreign films did not make it to my neck of the woods until 2012.


Asghar Farhadi’s A Separation is about an Iranian family: about a couple’s relationship to each other and their long simmering resentments; her desire for a divorce the courts will not grant; his father, suffering from dementia, for whom they care; the woman they hire to watch him while they work; the needs of their daughter; the accidents of fate that grow out of the stresses of daily life; and, ultimately, about the problematic nature of reconstructing the truth of events once we have biased the narrative to our advantage, which the film is quite unblinking in demonstrating that we do. What we learn is that despite some differences, their lives and their worries are much the same as ours, more so than we might wish to admit. As A. O. Scott observes in his NYT review, “It also sketches a portrait — perhaps an unnervingly familiar picture for American audiences — of a society divided by sex, generation, religion and class.” 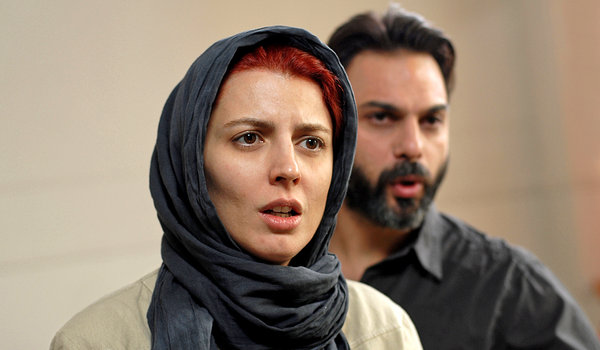 In Darkness is Agnieszka Holland’s telling of the story recounted in Robert Marshall’s book In the Sewers of Lov, which chronicles Leopold Socha and the group of Jews he abetted during WWII. A. O. Scott explains my reactions to this film better than I can:
“In Darkness…provides the latest evidence that the Holocaust movie has become a genre in its own right. Even a true story can follow the familiar conventions of film narrative, and this tale of a righteous gentile selflessly assisting in the survival of a handful of persecuted Jews is no exception.
“This is not to say that there is anything wrong with the movie. It is suspenseful, horrifying and at times intensely moving. But the ease with which it elicits these responses from the audience feels more opportunistic than insightful. ….
“You do not go to a movie like this to learn, but rather to feel: to pity the victims, despise the villains, and identify with both the vulnerable and the brave. In Darkness…obligingly supplies the desired emotions, which means that, in spite of its grim setting, it is finally more comforting than troubling.” 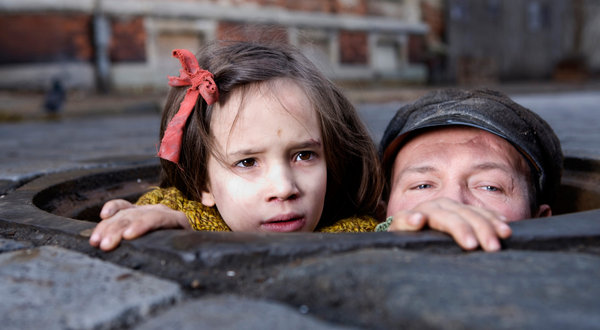 The Kid with a Bike epitomizes why I go to the movies. Written and directed by the Belgian brothers Jean-Pierre and Luc Dardenne, it tells the story of Cyril who escapes a foster home to try to find the father who has abandoned him only to find their dilapidated apartment empty. On he flees – to a doctor’s office where he crashes into an unwitting Samantha, and clings as only a twelve-year-old can. Manohla Dargis's wonderful review for the NYT cites an interview in Film Comment in which Jean-Pierre Dardenne describes Samantha's return embrace of the boy as a “reverse Pietà.” This unlikely event brings them together, and Samantha becomes Cyril’s guardian. Her responsibility is fraught with difficulty, for Cyrus has no way to deal with his raw emotional wounds and acts out his grief any way that he can. His bike is an extension of his child energy and the only object that links him to what he has lost. His furious pumping – up and down, up and down – propels the arc of the narrative as Samantha’s love slowly elicits Cyril’s trust, and he develops the maturity to accept not only his human need for love, but the reciprocity it demands of him 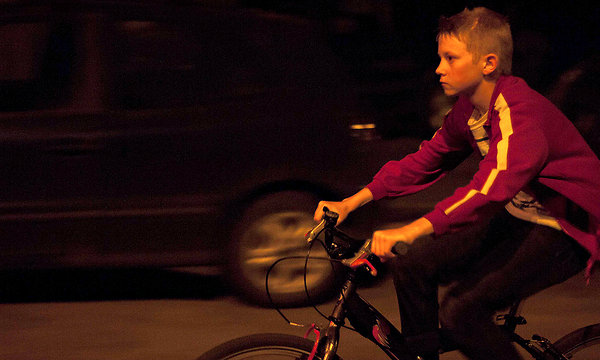