Henry-Alex Rubin's Disconnect is a disturbing examination of our increasingly plugged in culture, especially the degree to which it allows people to facelessly act out their basest natures with no fear of consequences. It is a multi-linear narrative in the vein of a master of the form, Alejandro González Iñárritu (Amores perros, 21 Grams, Babel).

We too often look to technology as a savior, forgetting that, like any medium, it is merely a tool that can be used for good or ill, distraction or enlightenment, charity or criminality. Earlier this year, the Los Angeles public schools rolled out "An iPad for Every Student" project. The city is not alone. School districts across the nation are mounting similar initiatives. There is, to my mind anyway, an alarming pedagogical trend toward replacing human teachers with software -- robots even -- while the people who used to teach are moved to the peripheral role of facilitator, roaming classrooms where kids stare at screens. I am not saying that technology is evil. Technology simply is what we choose to do with it. That we have chosen to make it a substitute for human interaction is at best sad, at worst soulless.

One of Disconnect's stories involves a television reporter whose investigation into teen runaways, who earn their keep in the sex chat trade, must violate trust when the FBI demands access to her sources. Another centers on a couple whose son is manipulated into sending a compromising picture of himself on a cell phone. In the third, a former Marine and his wife who have lost their infant child, lose everything else when someone in a support chat group where she seeks solace steals her credit information. Each story is achingly told as oblique connections among the characters gradually emerge. 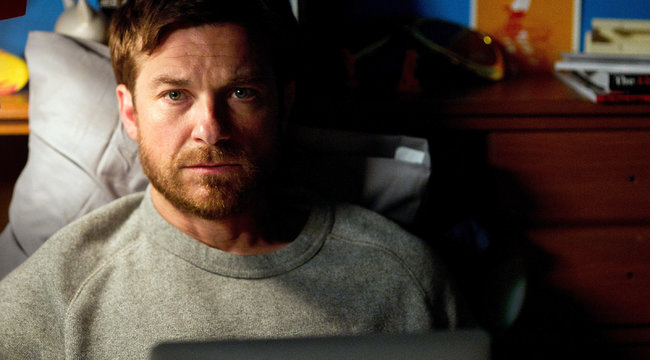 I use the term multi-linear narrative though the term of art these days for films with multiple story lines seems to be "hyperlink cinema," coined by blogger Alissa Quart in her 2005 review of Don Roos's Happy Endings, and popularized when Roger Ebert used it in his brilliant 2005 review of Stephen Gaghan's Syriana. Ebert understands that it is not merely that the characters in each separate story are connected to those in another, but that "In a hyperlink movie the motives of one character may have to be reinterpreted after we meet another one." The need to reinterpret the narrative once we see it from a different perspective is at the heart of multi-linear narrative.

In The Critical Mind blog, in a post called "Hyperlink Cinema," MM observes that "A successful hyperlink film manages to evoke the central theme in much the same way critical thinking can interrelate multiple evidence (qualitative in this respect) to support a central argument. This is not to say that filmmaking or hyperlink cinema is strictly meant to be a logical argument or within the bounds of evidence per se – as standards of creativity can vary from person to person (and from viewer to viewer). What I personally find compelling about hyperlink films is that the usage of multiple character plotlines for the film’s grand exposition is akin to the critical thinking process of finding analogs or parallels between multiple concepts or abstracts."

This all makes the muti-linear, or hyperlink, narrative sound like a hip new 21st century trope with Steven Soderbergh's 2000 Traffic, Fernando Meirelles's Cidade de Deus (2002), Greg Marcks's 11:14 (2003), Paul Haggis's Crash (2004). 2005 was a big year with Happy Endings and Syriana cited above, Rodrigo García's Nine Lives, and the Australian film Look Both Ways written and directed by Sarah Watt. Then two to four coming out each year since. There are plenty of lists out there, some of which stretch the definition a bit as my two examples below may do as well. There's Wikipedia's; IMDb's, which is a little looser; listal.com's; etc.

Yet we can go back to 1962 and Satyajit Ray's Kanchenjungha, Louis Bruñuel's 1974 Phantom of Liberty and Robert Altman's Nashville (1975) and Shortcuts (1993). Martin Scorsese and Francis Ford Coppola, along with Jerry Garcia, revived interest in the Polish film The Saragossa Manuscript when they financed a restoration of an uncut print that was released in the U.S. in 2001. Directed by Wojciech Has and originally released in 1965, the film is based on an 1815 novel by Jan Potocki. The narrative springboard involves two officers from opposing sides of the Napoleonic Wars who find a manuscript that tells the story of the Spanish officer's grandfather and his travels meeting a varied array of unusual characters, each of whom tells fantastical tales, many of which intertwine.

We find the device in American literature, from Sherwood Anderson's Winesburg, Ohio, published in 1919 and re-imagined in Tim O'Brien's 1990 The Things They Carried. My point is that it is nothing new. Two films that do not appear on any of the lists I googled are an Italian and a Canadian film.

The Double Hour, Giuseppe Capotondi's 2009 feature debut, is not quite hyperlink cinema but it speaks to Roger Ebert's observation that the motives of one character -- or in the case of The Double Hour our perceptions of a situation -- have to be reinterpreted when we meet another character -- or see the action from a different perspective. The narrative plays with the dream/reality conundrum. In a fast-paced, Hitchcockian thriller, things are not what they seem.

Sonia works as a maid in a high-end hotel. As she becomes more romantically involved with Guido, complications ensue that lead to their capture in an art heist at the estate where Guido works as the high-tech gate guard. The double hour of the title is the time when the hour and minutes match, 12:12 say, and it signals the moments when what we think we know will be subverted by another point of view. The narrative is a clever cat and mouse that demands constant re-evaluation. 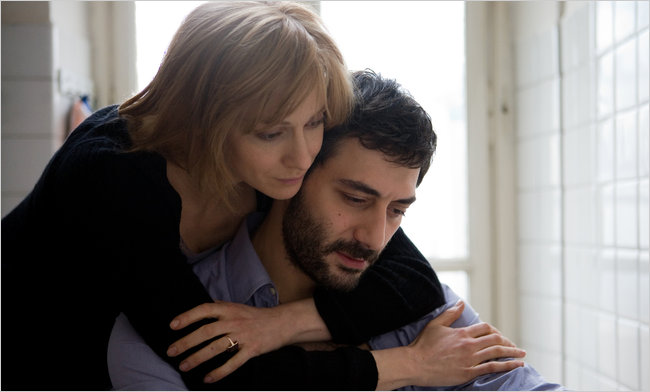 Another film I would add to these lists is Denis Villeneuve’s 2010 Incendies, based on a play by Wajdi Mouawad. To say that the film is about family secrets is an understatement. The secrets are so intertwined and at times almost entirely implausible, but the skill with which the story unravels is such that we willingly suspend disbelief.

Twin brother and sister in Quebec are tying up the estate of their mother. When the lawyer hands each of them an envelope with separate instructions from their mother, their journey of self-knowledge is set in motion. They go off on what seems could be something of a snipe hunt were it not so serious. What they find in their mother's native Lebanon will unearth the tragic secrets of her life and ultimately reveal their own identities. It is a profoundly moving story of the triumph of love over unspeakable brutality. 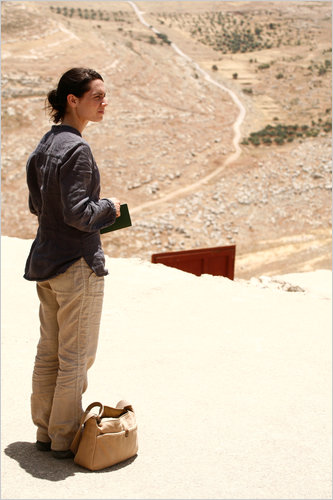